There are many differences between ETF’s and mutual funds. In their purest form, they are both baskets of stocks. But the similarities seem to fade quickly beyond that.  We will cover the difference between exchange-traded funds and mutual funds, when it comes to the following areas:
Structure
Placing Orders
Visibility
Costs to Own
Potential tax implications

Exchange traded funds specify how many shares of an underlying stock the ETF holds. This also allows the ETF to update the intrinsic value of the basket every fifteen seconds throughout the trading day. Mutual funds are required to report their precise holdings twice per year (though many funds now post holdings much more frequently). Mutual funds are required to report their change in NAV (net asset value) once per day, after the market closes. Essentially, here is how they function: the fund updates the values of the holdings at the end of trading, adds in new shares created by new investors adding money into the fund, and then deduct any requests for redemption. Because the mutual funds referred to in this piece are open-end mutual funds, new shares are simply created when investors add money to the fund.

Another type of fund exists, called a closed-end mutual fund. Closed end funds list shares for trading on an exchange. With closed-end funds, there is a limited number of shares issued. The value of a closed-end fund share will rise or fall not only on the value of the underlying investments in the fund, but also the supply and demand for shares in the market. 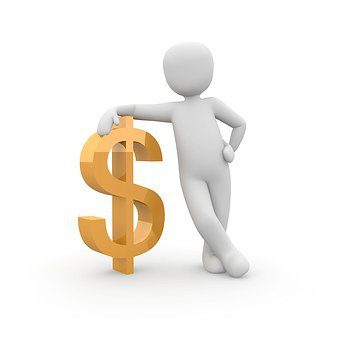 Questions periodically pop up surrounding the volume in some exchange traded funds.  In this podcast, Tom and Brendan discuss whether the reporting volume of ETF’s is relevant.

In terms of liquidity, both mutual funds and ETF’s are easily turned into cash. Mutual funds can be sold with the trade settling (meaning, the cash is available) the very next business day. Exchange traded funds trade like stocks, at the present time, money is available in three business days (in September 2017 this will be shortened to two business days).

Placing orders for mutual funds and ETF’s is another area for differences between ETF’s and mutual funds.  Since the price of a mutual fund is re-set once per day after the market closes, it is truly unknown precisely how many shares will be purchased, or exactly the price an investor will receive for their shares when selling. With that in mind, most brokers, advisors and investors speak in terms of investing dollars into a fund, not shares. With mutual funds, your order for $20,000 will include fractional shares, right to the penny.

Exchange traded funds are primarily purchased by specific share amounts.  Since ETF’s trade on an exchange throughout the day, investors can use limit orders and stop orders to purchase (or sell) shares of their ETF. Some exchange traded funds even have option trading available on their shares, giving investors further flexibility.

Mutual funds gained great appeal over fifty years ago, as successful money managers created mutual funds, modeling their investment style or approach. This gave smaller investors a way to “place” some of their funds with money managers with great track records. At a minimum, mutual funds are required to report the holdings in their funds twice per year (most funds now disclose their holdings more frequently). Investors were never certain where their money was invested with a mutual fund.
Every day, exchange traded funds disclose the names and the exact amounts (or shares) in each position. This is because the value of the fund is recalculated every fifteen seconds throughout the trading day. It’s also important to mention here that ETF’s were created (originally) to mirror an index. In fact, the very first publicly traded ETF mimicked the S&P500 (ticker SPY). In that case, the ETF needed to own all the shares, in the exact same proportions, as the index.

Differences between ETF’s and Mutual Funds: Costs to Own

Mutual funds have two major classes: no-load and load.
A no-load fund has no built-in sales charge. Brokers are often unable to invest their clients money in no-load funds because there is no way for brokers to be paid for the transaction. But a no-load fund does not mean “free” either. No-load funds tend to do more advertising, have a fund manager who must be paid and have trading costs just like all other funds. The marketing and administrative costs may be higher with no-load funds. As like most things in life, check the fine print first.

A load fund is a mutual with a built-in sales charge. There are several classes of load funds.
Class A shares typically have an upfront sales charge that is assessed upon purchase. This load can vary anywhere from two percent upfront to as much as six percent upfront. As an example, if $10,000 were invested in a Class A (with a six percent upfront sales charge) mutual fund, and the value of the fund did not change, the value of your investment on day one is $9400.   Tim Mullooly described Class A shares in this short video.
Class B shares carry no upfront sales charge but carry a contingent deferred sales charge instead. If an investor closes out their investment in the first twelve months, the deferred sales charge may be as high as nine percent. If they wait until the second twelve months, the deferred sales charge drops to eight percent, then seven percent, then six percent and so on. Each mutual fund family has their own schedule, it is important to know the costs involved in purchasing or selling mutual funds.  Brendan Mullooly discusses Class B shares of mutual funds in this video.
Class C shares, sometimes called a low-level load, will impose a one percent sales charge if redeemed in the first twelve months, then no sales charge if redeemed beyond that. But beware, the ongoing internal expenses can often be significantly higher with Class C shares (B shares too!).  In this video link here, Casey Mullooly describes the attributes of Class C mutual funds shares.
Mutual fund companies have also created institutional classes of popular funds. These fund classes are often created for placement in pensions, 401k plans and other institutional-type platforms. These funds are typically the same line-up with most of the sales charges and redemption charges stripped away.

Exchange traded funds trade on an exchange and can be bought and sold like stocks. This means there is no built-in sales charge, but the investor is charged a commission instead. Many discount brokerage firms charge commissions investors to trade these investments for less than $10. Due to sales agreements, several brokerage firms now offer a list of exchange traded funds which can be bought or sold without any commission at all. Certain terms apply, check with each discount broker for their list of commission-free ETF’s.

Mutual funds carry a unique approach regarding passing along tax implications to shareholders (investors). Losses are not carried forward to investors, gains are passed through to investors. When a fund sells a portion of a position (or an entire position) for a gain, that gain will result in either a short-term gain or a long-term gain for the investor, depending on how long the fund held the position. It is possible an investor could place money in a fund on a Monday and on Tuesday the fund unloads a position they have held for ten years with a massive gain. Even though an investor holds the fund for a single day, they will be subject to the capital gain on the position.
Mutual funds must have cash available to meet redemptions. When the market falls and investors want to yank their money out of the market; fund managers are forced to sell positions to raise cash. It is entirely possible to have a taxable capital gain on a mutual fund which has dropped in value.
With an ETF, the gain (or loss) is simply the difference between what an investor bought the shares for and what the shares were sold at. At the present time, there are very few capital gain distributions with exchange-traded funds.  Since there are very few non-transparent actively traded ETF’s, capital gains may continue to be a small issue compared to mutual funds.

Tim and Tom covered several of these issues in a recent podcast, “Tim and Tom talk everything ETF’s” and we encourage you to tune in!