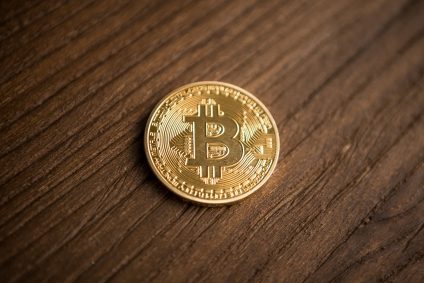 We recently received an email from a friend of the firm and they asked,

“While I am not a believer in the bitcoin currency, I keep hearing it getting pushed more and more upon us on websites like DC Forecasts – Crypto News. I have a good number of friends at work who believe in this, but it seems like a pyramid scheme to me. What is your take on this?”

Bitcoin makes for interesting speculation, but bitcoin is not an investment.
And (often) the key to being successful in speculating is being lucky.

In my head, I often equate “speculating” to the children’s game “musical chairs:” when the music stops (and it ALWAYS does stop), will there be a chair left for you?

We think a lot of people will eventually be sorry they ever got mixed up in Bitcoin. There seems to be so much fraud surrounding it — at this stage of the game. Bitcoin is still in its’ infancy, there is so much to still be worked out before it becomes accepted anywhere in the world. Nearly 90% of all the actual bitcoin is in very few hands (see the links below).

And just for a moment, think about what kind of people are currently dealing in (or accepting) bitcoin: drug dealers, arms dealers, weapons — essentially people who want to remain “under the radar” or “off the grid.”  Now that may change someday, but for now it seems very unsuitable and inappropriate for most.

Part of the reason behind the most recent price drop in Bitcoin was because Coinbase announced a judge in Federal court in California determined they must hand over information on 14,355 people who traded Bitcoin in the years 2013-2015. The IRS is seeking (and we imagine they will continue to vigorously seek) information on roughly 500,000 names. By the way, think about this: those 14,355 individuals recorded 8.9 million transaction involving Bitcoin in those years 2013-2015.  That represents an average of 620 transactions — per person — in a three year window.  or, another way, that’s nearly four transactions each week in Bitcoin over a three year window of time.

Previously, less than 900 people had reported Bitcoin transactions to the IRS during that time frame.  The folks whose information was turned over to the IRS will owe money in taxes — and fines — due to unreported transactions. From the TechCrunch article (link below): “The IRS initially requested nine kinds of user data, including ‘complete user profiles, know-your-customer due diligence, documents regarding third-party access, transaction logs, records of payments processed, correspondence between Coinbase and Coinbase users, account or invoice statements and records of payments’.”

The ”know-your-customer” due diligence is what sparked my interest in this TechCrunch story. How can a website “know their customer” and know whether or not speculating in Bitcoin is suitable for any particular individual?

Also bear in mind, there is a story nearly every week about more Bitcoin being stolen.  Since there is no physical product, these “thefts” are happening electronically.  People are learning there is no security in a “digital wallets.”

On the other hand, the technology that created Bitcoin (and everything else in that space), the blockchain technology is very special and will have more and more uses going forward for everyday life.

Here are a few articles:
https://www.zerohedge.com/news/2017-09-19/cryptocurrency-concentration-just-4-own-over-95-bitcoin