Why to Take Notes 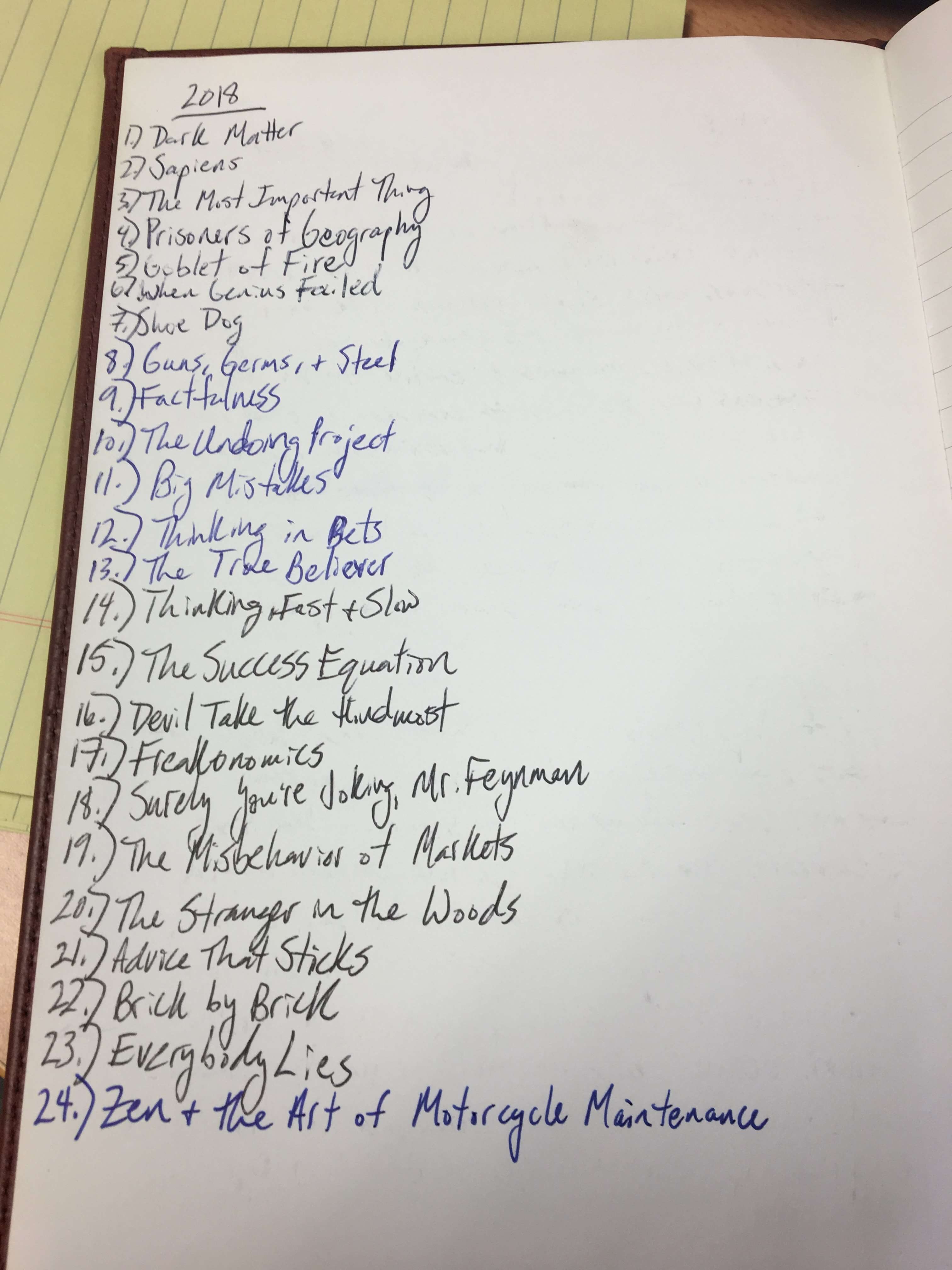 In 2018, I tried something new – taking notes while reading.

On the front page of my notebook, I kept a running list of the books I read. From there, I wrote down thoughts as I progressed. I organized my thoughts by book and chapter. This process proved to be simple enough that I was able to stick with it, and meaningful enough to be worthwhile. 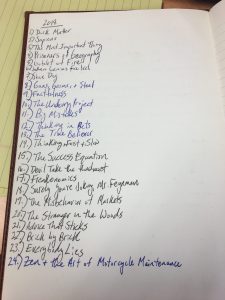 Here’s what I learned:

It’s hard to tell what’s important in the moment.

In retrospect, a lot of my notes aren’t important, but when I wrote them down, I thought they were profound. What we’re focused on in the moment is not always important, or even relevant, later on. It’s impossible to notice this without hindsight, and humbling when your own handwriting brings you to the realization.

Reading is not a race.

Initially, the idea of taking notes was a nuisance because it was sure to slow me down. Notes did slow me down, but I realized that speed was not the goal. To quote my favorite book from 2018, “To live only for some future goal is shallow. It’s the sides of the mountain which sustain life, not the top. Here’s where things grow.” Over the year, my focus shifted from quantity to quality. But it’s one thing to say numbers don’t matter, and another thing entirely to act accordingly. It used to bother me when I’d slowly chip away at a book, as if a slow pace was something to be ashamed of. Now I realize that reading is not a race. There’s no prize for reaching the end of a book faster, and it’s okay to savor the journey.

It doesn’t matter what notes look like, only that they’re understandable to their intended audience. Since grade school, I was taught how to take notes. The formats I learned included things like Roman numerals, upper and lowercase letters, numbers, and more. None of these methods are bad, they just never totally clicked for me. As I took more notes, I realized that they were slowly becoming my own little language. The formatting and abbreviation are probably indecipherable to anybody but me, and that’s okay. There’s no wrong way to take notes. If they’re useful to you, then they’re right.

“The faintest ink is more powerful than the strongest memory.” – Chinese proverb

Using my notes, I could return to a topic or idea in minutes. If I wanted to dive deeper, I knew exactly which book and chapter to revisit. I was never able to do this as a result of highlighting or marginalia. Having notes has cut down on time spent trying to remember where I read about an idea or concept. The catalog system I use is primitive, but it sure beats nothing.

In summary, I’ll leave you with a fitting quote from the wise Garth Algar. It summarizes my first year of note taking perfectly: “It’s kinda like a new pair of underwear. At first it’s constrictive, but after a while it becomes a part of you.”