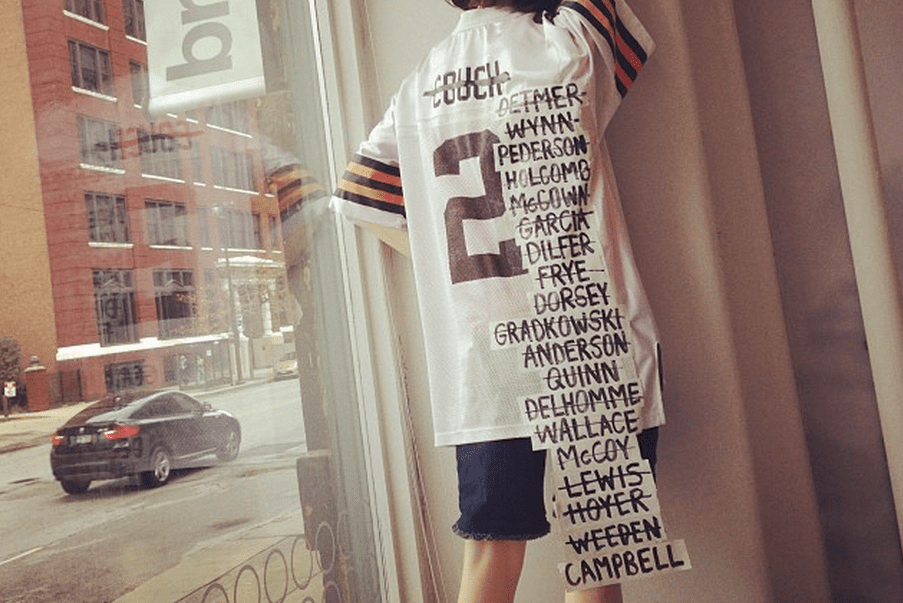 When it comes to winning football teams, nearly all have something in common, a franchise quarterback. There’s a reason teams are always looking to draft their next “franchise QB” and not a “franchise free safety”. The quarterback is the on-field leader who often dictates whether a team succeeds or fails.

My theory was definitely influenced by Brad Barber and Terrance Odean’s “Trading is Hazardous to Your Wealth”, which showed that:

“Individual investors who hold common stocks directly pay a tremendous performance penalty for active trading. Of 66,465 households with accounts at a large discount broker during 1991 to 1996, those that trade most earn an annual return of 11.4 percent, while the market returns 17.9 percent. The average household earns an annual return of 16.4 percent, tilts its common stock investment toward high-beta, small, value stocks, and turns over 75 percent of its portfolio annually. Overconfidence can explain high trading levels and the resulting poor performance of individual investors. Our central message is that trading is hazardous to your wealth.”

I firmly believe that excessive trading, short-term performance chasing, bailing on strategies, and all other forms of ripping up sound investment plans ruins returns in the long run. So when I started rattling off all the QBs my beloved NY Jets have played over the years, I didn’t feel great about it. This is what led to my theory. I’ll share the results below.

I tallied the number of quarterbacks each NFL team used from 2000-2015 (excluding 1 game only starters), and I decided to measure success as a playoff appearance. 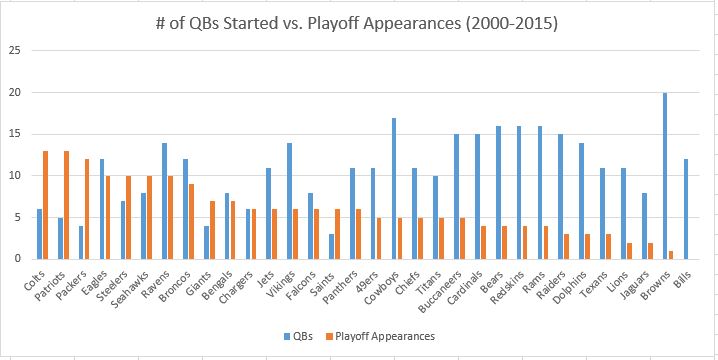 I’m willing to admit that there may be some correlation without causation to these numbers. Especially because sometimes teams have no choice but to change their QBs (injuries, etc.). However, I think the point remains that if you’re constantly churning your quarterback in the NFL, you are not keeping good company.

The same goes for investors, the more you’re turning over your portfolio the worse your odds of success become.