Will I Ever Retire? Many Fear They Won’t

A lot of Americans have the same question when it comes to their plans for later in life. They want to know, “Will I ever retire?”. There are a large number of people who simply don’t believe they will anymore. Tom and Brendan discuss this concerning financial topic in this week’s Mullooly Asset Management podcast.

Wells Fargo recently released their annual study of middle-income Americans. They focus on Americans who earn between $25,000 and $100,000 a year. In other words, the survey focuses on average Americans. 37% of those surveyed expect to work until they die. So nearly four out of every ten people surveyed have so much doubt that they assume they’ll never be able to retire. 34% of respondents think that they’ll be working until age 80. That number has risen from 25% in 2011. 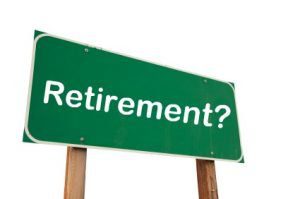 More statistics from the Wells Fargo study indicate that many of those surveyed don’t even feel comfortable paying their monthly bills. 42% responded saying it wasn’t possible to pay their bills and save for retirement simultaneously. These people are living without any sort of emergency fund, something nobody should be doing.

Everybody wants to know, “Will I ever retire?”, making the final statistics shared the most alarming to Tom and Brendan. People care very much about their retirement, however only 30% of those surveyed have any sort of retirement account. 25% said that they didn’t even know how to open a retirement account, and 75% are not confident that the stock market is a good place to save for retirement. What this says to Tom and Brendan is that the investment advisory community hasn’t done a good enough job informing investors of their options.

The bottom line is that people feel very uneasy about retirement and how to save for it. 27% of respondents equated investing in the stock market to gambling in Las Vegas. The fact that investors have to wonder, “Will I ever retire?”, is not okay. There are many ways to save for retirement, and hopefully you feel educated enough about them. If you don’t we highly recommend checking out some of our other educational posts here on the Mullooly Asset Management website.